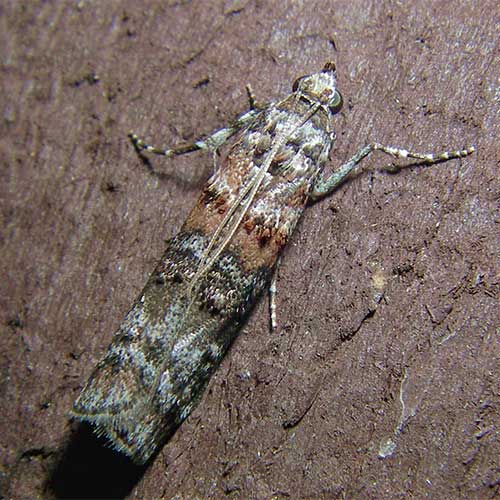 Zimmerman moth, also referred to as the Zimmerman pine moth, is on e of the most significant and damaging pests in North America. The larva of the insect can live under the bark of several species of pine tree where is causes significant damage.

Zimmerman moth can infest several species of pine tree, however the plants most commonly affected are the Austrian and Scotch pines.

A tree that is infested with Zimmerman moth will show a browning and wilting of new tree growth. Infested areas will tend to wilt downward in a recognizable "fishhook" shape. Eventually that damage will spread and cause the death of the entire branch. The larvae of the Zimmerman moth will spend the winter in the bark of the tree. In the spring they will bore deeper into the tree where the larvae will feed. This deep feeding is what causes the most significant damage to the host tree.