The City of Cedarburg, WI posted on their city website that on Thursday, January 30th, Kevin Westphal (City Forester) and his crews discovered the long evasive Emerald Ash Borer. It was discovered in a woodlot owned by the city and known as Westlawn Woods on Lincoln Blvd. 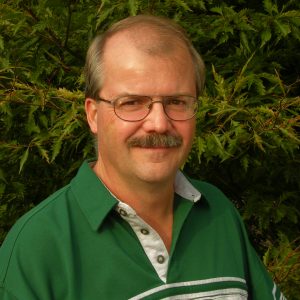 Emerald Tree Care LLC, led by Board Certified Master Arborist Wayne White, has worked for the City of Cedarburg and Kevin Westphal treating the city’s ash trees since 2009. All of us have been very concerned about Cedarburg since 2008 when this foreign invasive pest was first discovered in Wisconsin in a park in Newburg. As the find in Newburg was well within the 15 mile radius of the city limits, it prompted Cedarburg to embark on a yearly treatment program to Save Their Ash. At the time (2009) this made Cedarburg the first city in Wisconsin to start preventatively treating their valuable urban ash trees. City Council should be commended for their forward thinking at the time, and now they will reap the reward for their efforts as continued treatments will maintain the beautiful Cedarburg Urban Forest canopy well into the future. I am always amazed at how many other people in the five state area that I treat in have been to Cedarburg as tourists. Everyone seems to have this glowing memory of how quaint and beautiful this community was when they visited. The tree lined streets, the cool summer days and nights walking and talking with neighbors. Never discount the value of our Urban Forests. Reports are surfacing now that prove the medical benefits of trees in our Urban Environment.

A surprise to all of us in the industry is that it has taken this long to confirm an infestation site within the city borders. Since 2008 many other infestations have been discovered within Ozaukee county. The City of Cedarburg has seemed surrounded by this insect for some time. Some speculation supported the notion that the Cedarburg’s Emerald Ash Borer Treatment program had actually been slowing the spread of EAB into the city. Although this seemed plausible to me I nevertheless was convinced that at least 2 years ago this insect was already in the city. While the parkway trees were being protected with a proven Emerald Ash Borer treatment first found successful in many areas of Michigan since 2002, there were far more private ash trees in landscapes and woodlots that could easily support the oncoming invasion of EAB.

Kevin Westphal and his crews have diligently been on the lookout for signs of this insect since 2009. Many “false alarms” were followed through on. Some of these were private ash trees dying rather suspiciously or starting to show telltale EAB symptoms. And although each of these leads were always followed through on, the elusive EAB was never confirmed to be the culprit causing the damage. That is until now.

Emerald Tree Care has offered discounted rates for Emerald Ash Borer Treatment for Cedarburg residents, from the very beginning of our first City Contract. Many people treated the first year but every year there have been a few less of you as the “Not yet discovered within the City of Cedarburg” philosophy has left some people complacent. But as we now know, this insect has been within the city limits for at least three years now. Nearly undetectable for all of this time, it is now clear to us that the population is ready to explode! Anyone now within the City of Cedarburg who wants to SAVE THEIR ASH needs to start, or continue treating as aggressively as possible. No other arborist in America has treated more ash trees than I have since 2002.

The Direct-Inject Tree Injection System from ArborSystems Inc. Our NON-DRILLING Emerald Ash Borer treatment method is far less damaging to the trees. It is also recommended by the City Foresters in cities that I now treat in of West Chicago, Roselle, Downers Grove, and Mokena, Illinois. And in Cedarburg, Kevin Westphal has also researched thoroughly the treatment method we use there. We are not only treating to prevent EAB infestation but we are doing all we can to improve the health of this important part of the Urban Forest Canopy.

Emerald Tree Care LLC will be offering their Emerald Ash Borer treatment throughout the Cedarburg area until this crisis is over.

Contact Wayne A.White, Board Certified Master Arborist, at your earliest convenience to get on this year’s inspection/treatment list! Call 877-SAVEASH (877-728-3274) or email savetheash@aol.com.